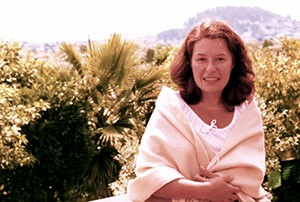 This Fellowship is named in honor and memory of Carol Lee Price, who was born in Cleveland in 1944, raised in Los Angeles, and moved to UC Berkeley as an undergraduate in 1960. She was active in the early days of the Free Speech Movement and lived most of her adult life in and around Berkeley. Carol was friends with several accomplished novelists, philosophers, and legal scholars. She had a keen interest in mathematics and philosophy, was a dancer, and maintained a life-long interest in performing arts.

The Carol Lee Price Fellowship in Philosophy supports non-resident supplemental tuition (NRST) for PhD students, preferably female, with citizenship outside of the US and Canada. It aims to attract candidates who have an interdisciplinary background that would bring fresh perspectives to their own study of philosophy and to the intellectual life of Berkeley. In particular, preference will be given to students